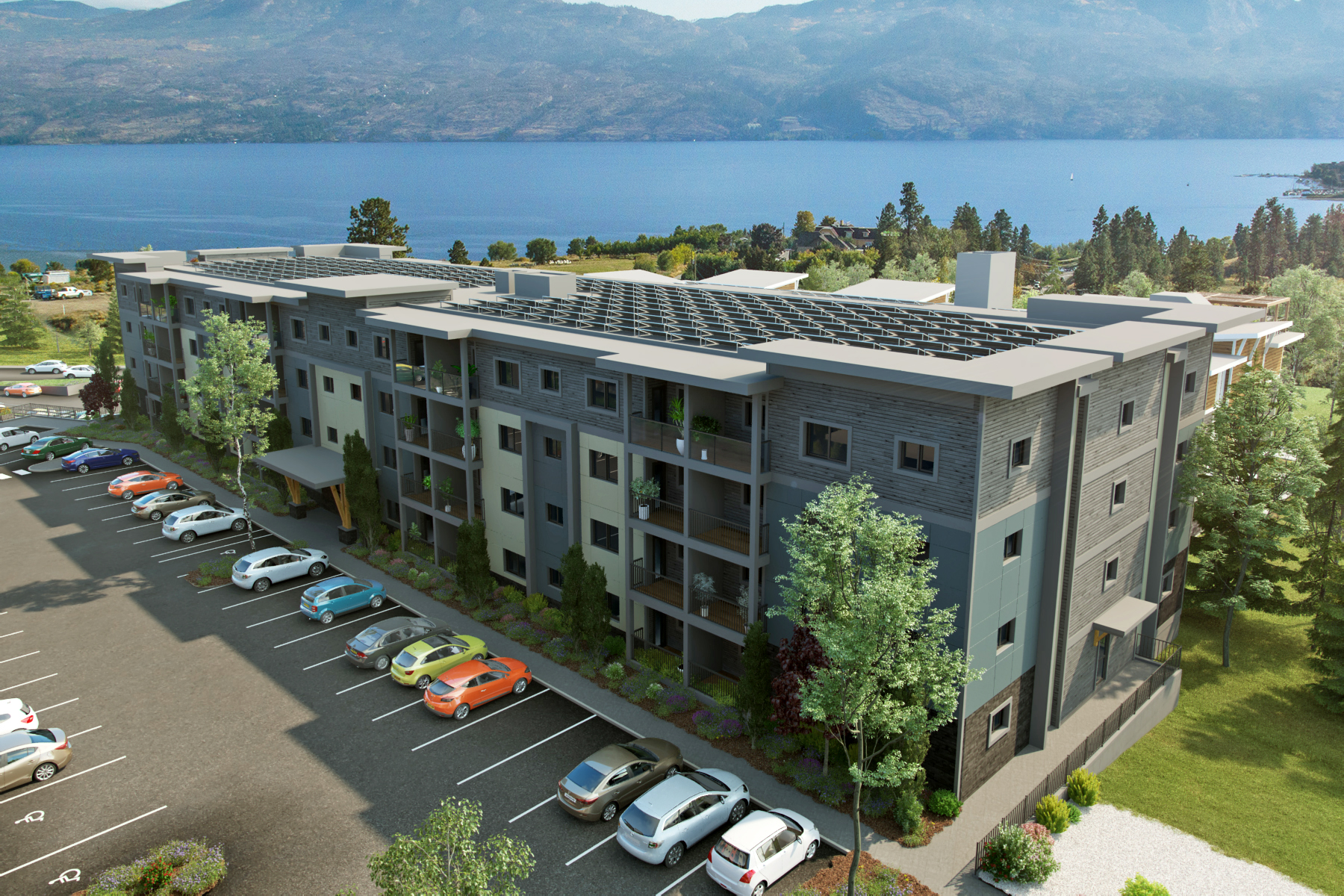 We recently made a post about breaking ground for Carrington Ridge, our net-zero energy ready apartment building in West Kelowna. While the excitement for the construction and eventual completion of this project is high, we think that it’s valuable to reflect on the process that got us to this point.

Our resident Sustainability Analyst, Jay Starnino, was an integral part in the submission process to CleanBC’s Better Buildings Challenge. He wrote a retrospective on Carrington View that we have published below in the hopes that future developers can learn from our process as much as we have.

In September of 2018 the Province of BC announced the CleanBC Better Buildings Net-Zero Energy Ready Challenge, both an incentive program for ambitious builders and a feasibility study for policy makers. The incentive program was to be structured like a competition, where builders were to compete for funding under a known criterion and judging panel.

All program details, including preliminary schedule, judging criteria, incentive amounts, and an indication of ongoing requirements were included in the Program Manual.

Highstreet determined that it was eligible for roughly $125,000 in incentives between the initial design incentive and the final construction incentive. In addition to economic incentives, Highstreet deemed that the exposure would be beneficial for hiring and lease-ups.

Highstreet was required to submit an Expression of Interest (EOI) on Nov. 22, 2018 for Carrington View Building A. The Expression of Interest was an 8-page document, complete with preliminary project info, the project team, targeted performance, key design strategies, methodologies, costing rationales, and more. Following the submission of the EOI, Highstreet was selected as one of 16 winners of the first round and awarded a $25,000 design incentive.

Following receipt of the design incentive, Highstreet was accepted as a finalist in the program, and would have to submit a complete program application to be considered for the final construction incentive.

Over the next 5 months Highstreet worked with an incredible team of building designers to complete the Program Application (PA), requiring schematic drawings, 3 specialized reports totalling 195 pages, a full drawing package, energy modelling rationale, solar design and more. The team behind the work was as follows:

The application was evaluated based on energy and emissions performance, cost-competitiveness, replicability, and more. The application was reviewed by a technical review panel of key stakeholders, design professionals, and members of government. Following technical review Highstreet Carrington View Building A was selected as one of 11 winners of the final construction incentive.

What could have gone better:

Highstreet will be presenting the project to media and industry peers at the Net-Zero Energy Ready Building Showcase at the Vancouver West Convention Center, 3pm-8pm November 27th. Construction on Carrington View Building A is underway, and the ground-breaking ceremony gave media and municipalities the opportunity to see the future of high-performance, attainable multi-family living. This project marks a milestone for both Highstreet and the Okanagan.