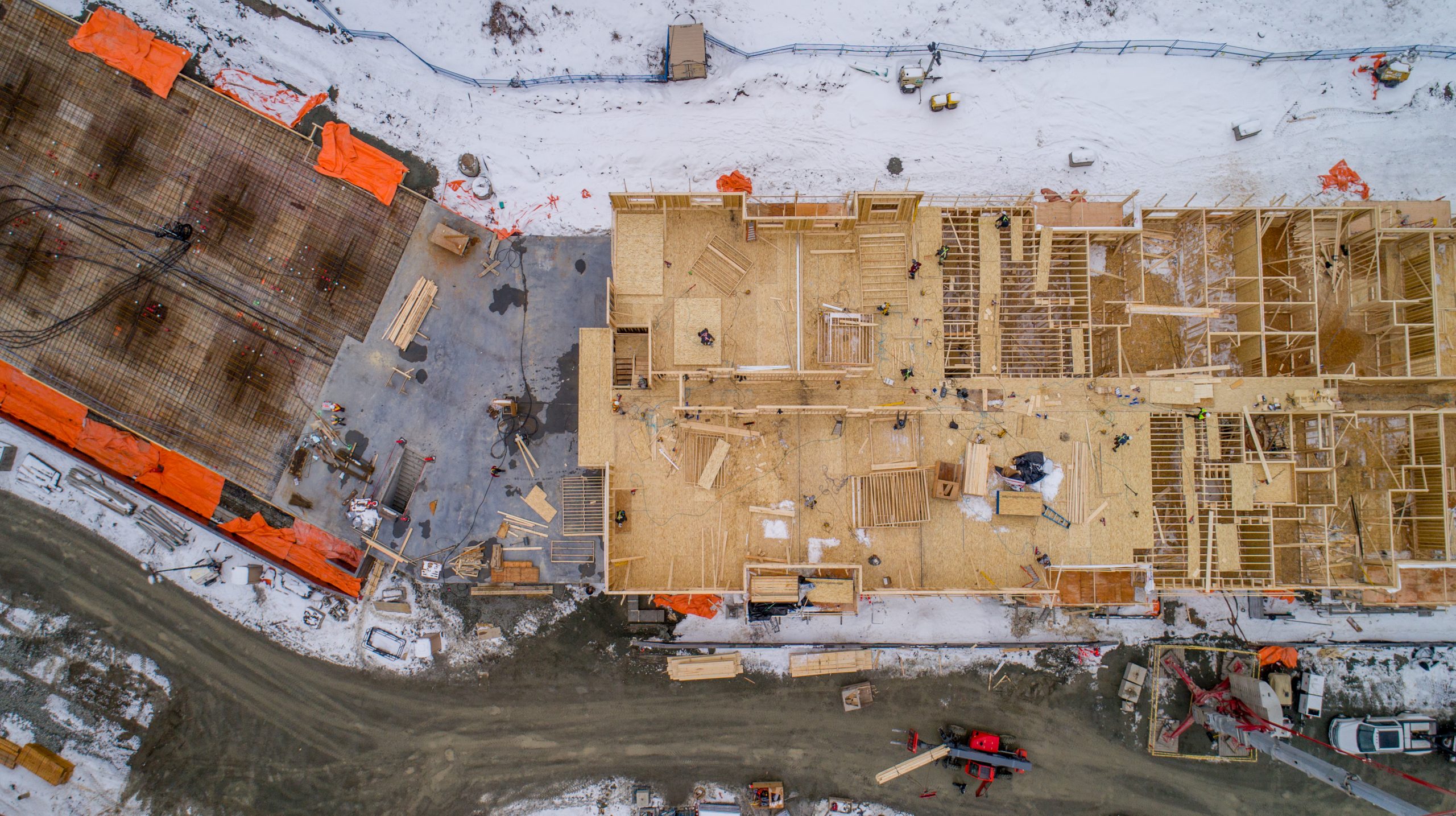 In late 2018 Highstreet Ventures decided to compete in the BC Housing Net-Zero Energy Ready Challenge. Highstreet would design and construct a building to the highest tier of provincial energy code, requiring performance competitive with some of the best apartment buildings in the world. The challenge was amplified by the fact that Highstreet would pursue such high levels of performance with a modest budget typical of rental apartment buildings.

The BC Energy Step Code is a voluntary compliance path, highlighting the progressive improvements between buildings of today and the net-zero energy buildings of the 2030 building code. It outlines challenging performance metrics that will be included in future iterations of the building code, giving progressive builders a chance to incorporate sustainability measures ahead of industry standard.

Highstreet’s pursuit of uncompromising metrics for energy use, thermal losses, and air leakage would guide the company through the design process. Every design decision would be reviewed by the team for impact on the building’s performance. While many challenges reared their head during design, it was construction that would prove to be the most intensive.

While many challenges reared their head during design, it was construction that would prove to be the most intensive.

When pursuing high-performance buildings few things are more important than clarity and alignment of efforts. Put quite simply, everyone needs to be on the same page. This is easier said than done when dealing with large construction sites, which sometimes host as many as 10 different trade teams and 100 people at any given time.

Highstreet’s approach was more frugal and utilitarian than often expected of a developer. With a motto of DIY-first, Highstreet would work closely with trades to formulate an onsite education program, a series of trade-approved airtight details, and a few prefabricated high-performance assemblies.

Key details that would require extra attention were the connections between exterior walls and the roof/floor assemblies, window and door installs, and penetrations onto every balcony as needed for lighting and ventilation. Special consideration was taken to ensure materials would last the life of the building; walls that would both resist condensation and could handle the challenges of Canadian winters.

While some people were initially hesitant, many would go on to recognize the importance of their role in what would become an exciting and precedent setting project. As weeks went on trade teams became more interested and involved in the intricacies of the building details. The evolution was captivating as trades recognized their work played a key part in a measurable aspect of the building’s performance. The energy on site was infectious in weeks coming up to the performance testing.

While some people were initially hesitant, many would go on to recognize the importance of their role in what would become an exciting and precedent setting project.

Airtightness is typically measured with what is called a “blower door test”. A blower door test involves closing any intentional openings in a building and using a large fan to pressurize the building and measure air leakage through unintentional openings. Flow rate through the fans is measured, with more airtight buildings requiring less fan flow to create the required pressure difference.

Blower door testing typically takes place both at a mid-construction and post-construction phase as a means of catching any potential issues prior to measuring final as-built results after it is too late to make changes. 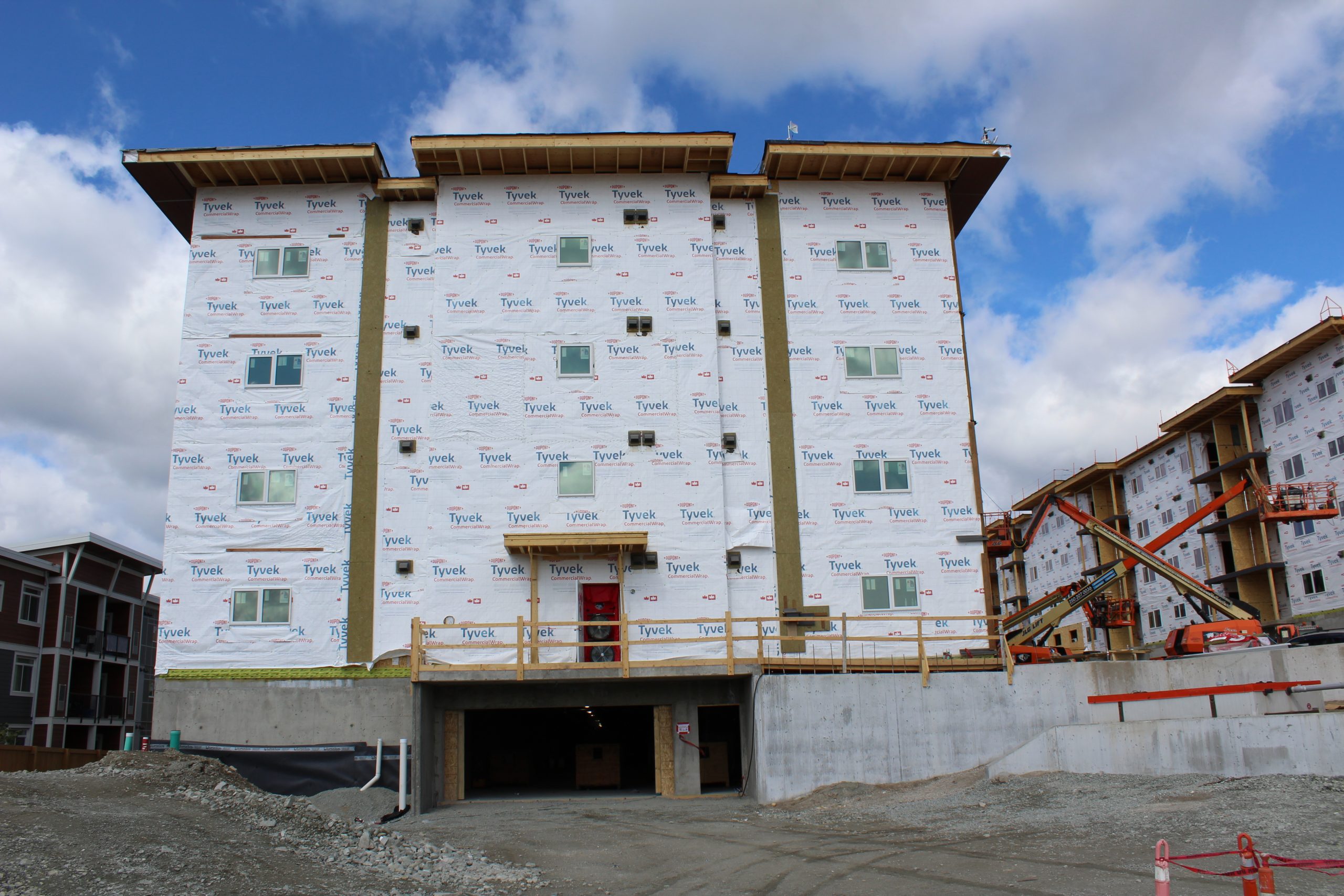 Highstreet’s own site team and their trades would spend weeks preparing the building for testing, from filling plumbing systems with water to inspecting fire-sealants, taping or spray foaming holes, and temporarily sealing the few remaining incomplete doors and windows. 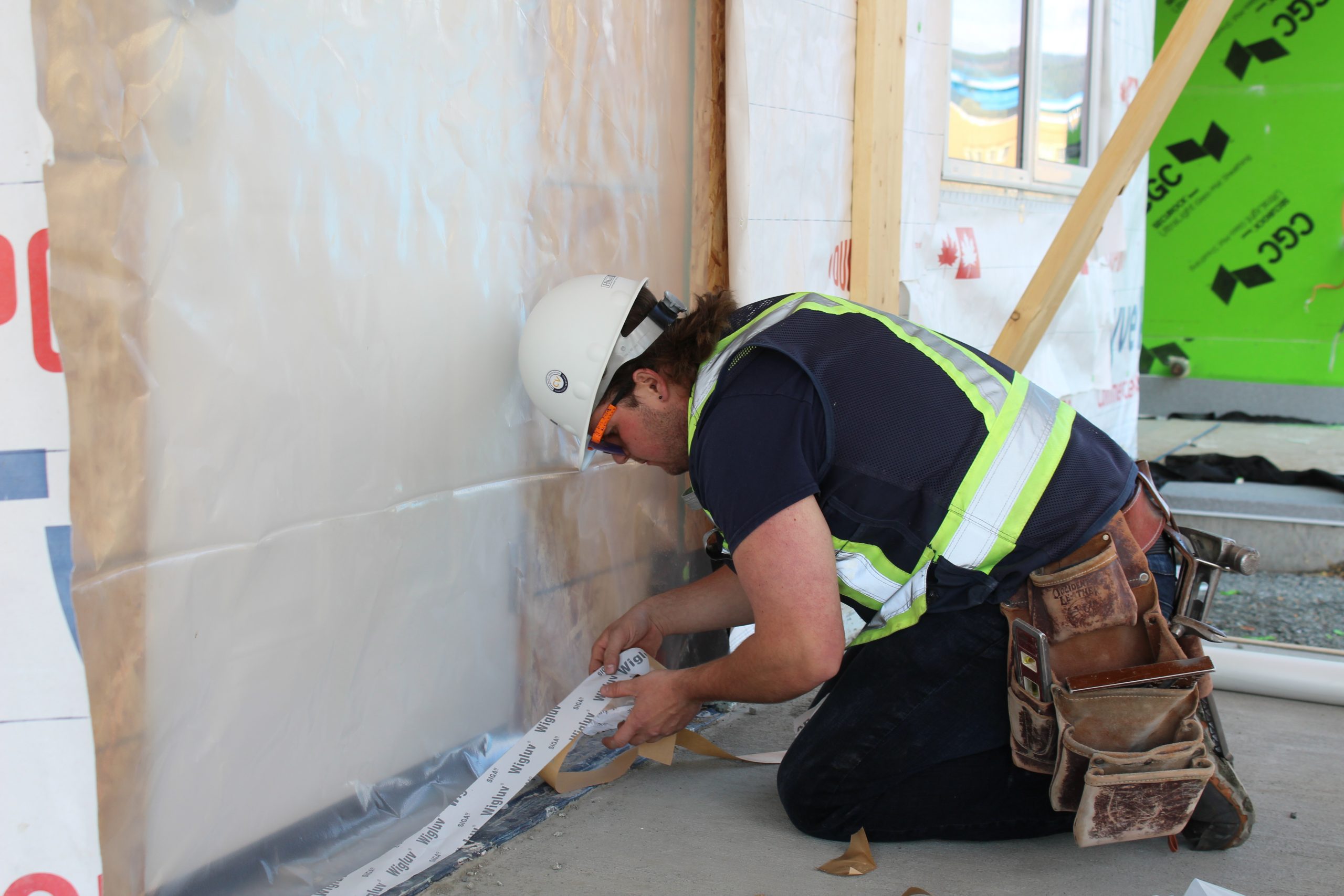 Mid-construction airtightness testing happened at Carrington View on Sunday May 3rd, 2020. Trades vacated the building for the weekend (a rarity with fast-paced projects) with select superintendents, foremen, and project managers sticking around to oversee the testing. 4 Elements, a third-party testing agent, arrived at the site with a fleet of testing equipment and after a quick walk-around, began work on the testing.

Their goal: pressurize the building to 50Pa, equivalent to a 20mph wind from all sides, and see how much air they can force through any remaining cracks in the building. The metric: ACH, or air changes per hour, indicates the number of times the entire volume of air in the building is replaced due to uncontrolled envelope leakage versus controlled mechanical ventilation, where a better building would have fewer air changes and require fewer heating cycles.

The fans increased in power you could feel the tension in the building, as team members eagerly anticipated seeing their handiwork withstand the immense 75Pa of pressure induced by the fans. Following a few minor hiccups at lower pressures, fan power was increased to the final values with little to no impact on the building. The building’s air barrier system would resist the pressure flawlessly, indicating a successful test result.

In the following weeks, the third-party agent would perform and share final calculations with the team. The efforts were a success, with the project achieving a rating of 0.5ACH, on par with some of the highest applicable standards in the world.

While we recognize mid-construction testing results are not indicative of final performance, we are excited to see such rewards from our efforts. As a phenomenal benchmark and a record setting test for its location, the team is excited and motivated by the results to maintain performance throughout the remainder of the project.

We’ve got a lot of work ahead of us; from maintaining performance throughout construction to replicating the results with different wall systems in new locations, it is evident that the challenge isn’t over just yet. Nonetheless, we have come a long way quickly and continue to learn constantly. 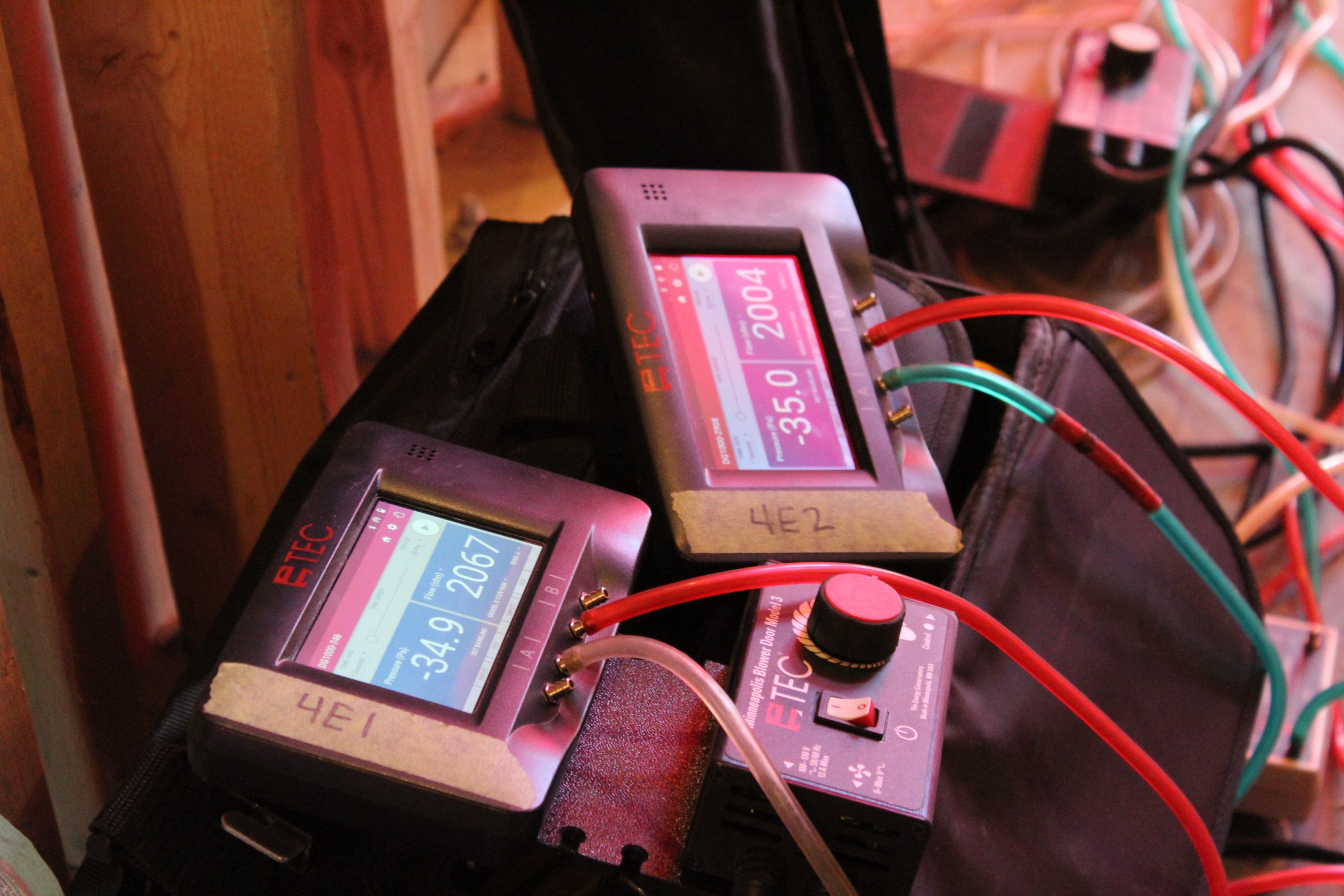 Thank you to our team 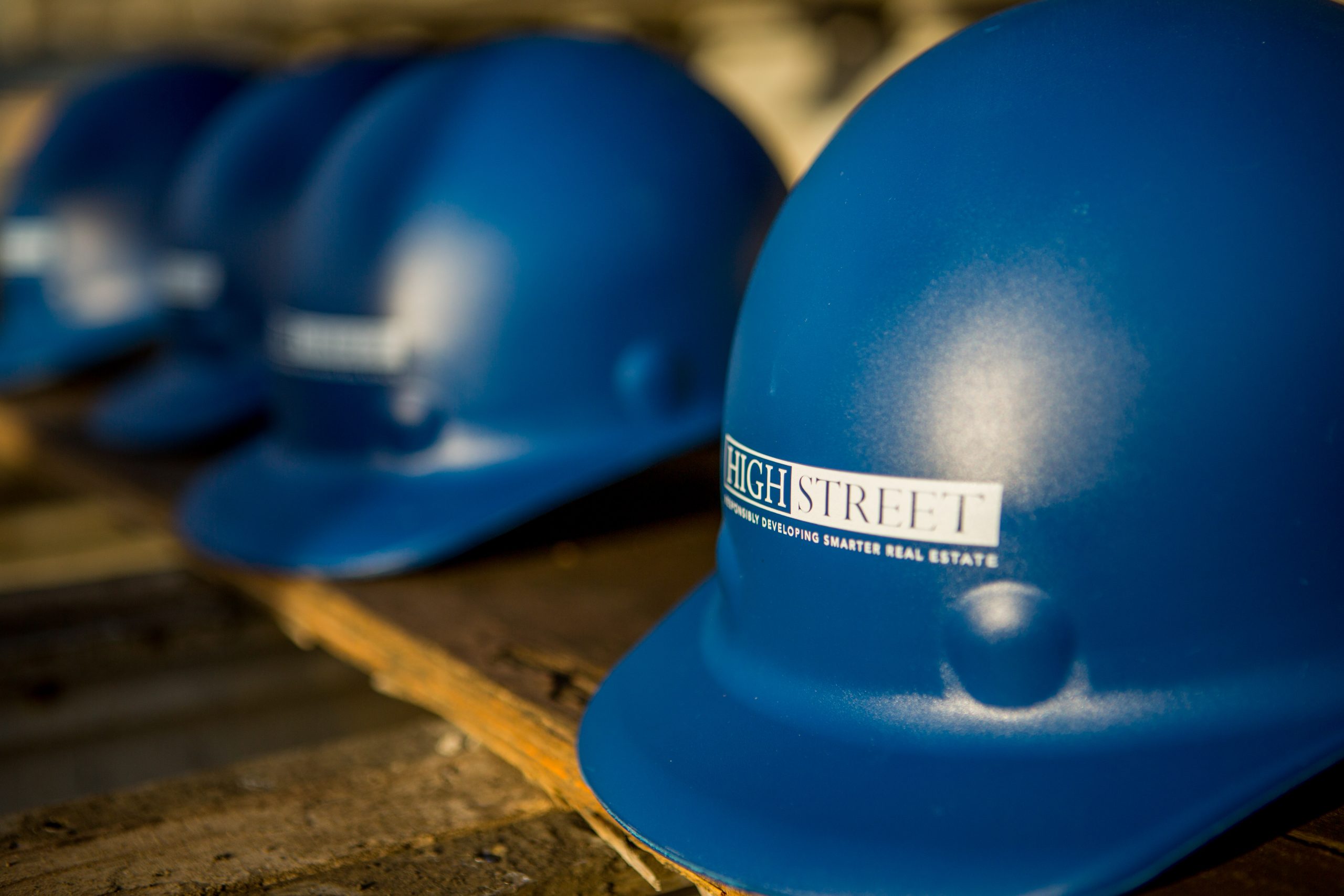 We cannot help but be incredibly thankful of our team. From the skilled workers onsite putting the details together to those in the office ensuring they have the plans and materials needed for success. Airtightness is all hands-on-deck, and we are excited to have such great people materialize these high-performance homes.